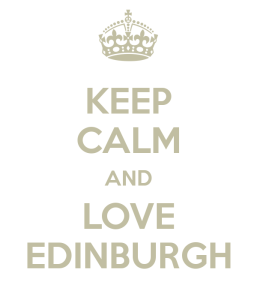 It’s was possibly with the upmost dismay that I discovered that Police Scotland in their divine wisdom had decided to simultaneously raid the various sauna premises in Edinburgh.

Edinburgh was a conservative yet safe, tolerant and openminded place to work. Not anymore !! Clients will be frightened to visit saunas and escorts for fear of being watched, arrested and victimised. It’s no lie that 95% of clients are married or in a heterosexual relationship. Almost all of my clients on the gay side are men in seemingly heterosexual relationships.

It’s a step backwards when progressive countries are legalising prostitution. We’re on the cusp of legalising gay marriage and yet denying sex workers, male or female, the chance to earn a decent living in a safe environment. Rhoda Grant must have been laughing into her cocoa that night and sat down to a celebratory black pudding breakfast, the next morning, after the news. This does nothing for the human rights of sex workers who actually want to provide this service. I love being an escort and I am sure the sauna workers loved their work too.

A co-sexworker and allie Laura Lee did a press interview yesterday telling the world how she got into the work. She started in a massage parlour and it’s done her no harm. She’s a sorted, well heeled, confident woman with a fantastic career and income that city types would be envious of. Just because we have sexual and intimate relations with men we’re persecuted by those that should know better. What are they gaining by raiding parlours and criminalising clients. Maybe if Rhoda Grant concentrated on rural affairs where her constituents live than meddling in city affairs, she’s no experience of, then this might not have even happened. I am sure her own constituents, she represents are more concerned about local issues about farming and local services than prostitutes outside the Co-Op in Stornoway.

What does Poice Scotland gain from this except to add funds to their coffers under “Proceeds of Crime” where they receive an income boost from the seizure of assets, something sited quite clearly in yesterdays exposé. Lets face it, no one visits an Edinburgh Sauna to sit there in a towel and clear their pores. Its’s been the only real legalised brothel system in the UK.

I’ve discovered that girls were interviewed in the street. Where is their RIGHT to privacy ????? Were the clients led out and condoms seized for DNA evidence, who knows ! Why was monies held by the girls seized ? As sex workers they’re not actually committing a crime. Why seize their assets even if it was just assets for one days work.

It’s a sad day for Edinburgh. Really sad day. Anyone would think wore Rhoda has a cousin in the police to help progress her career. Huge co-incidence it’s in the same week as the Prostitution Debate by Richard Lucas, Rhoda Grant, Douglas Fox and Laura Lee and so close to the Rhoda Grant proposed bill in the Scottish Parliament which is the next assault and expected quite soon.